Catalans beat Castleford to move up to seventh 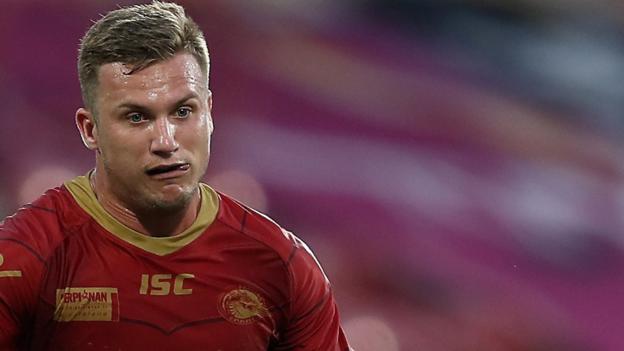 Drinkwater ran onto a smart Greg Bird offload for the first score, but James Clare went over in the corner and Jesse Sene-Lefao’s solo try put Cas 10-8 up.

Bird, Drinkwater, Louis Anderson and Julian Bousquet all scored as Dragons romped to a 30-10 half-time lead.

The teams exchanged tries before Drinkwater’s long-range effort and a Lewis Tierney try sealed the win.

The visitors’ chances of moving up to third in the table looked good after a sharp response to Drinkwater’s opener, but the Dragons dominated the second part of the first half.

Bird’s untidy score restored the advantage, Drinkwater profited from some sloppy Cas handling for his second and Anderson’s cute dummy saw him cross the line.

Bousquet then went over after some good work by Anderson just before the resumption.

The impressive Drinkwater teed up try number six with a clever kick through for Kenny Edwards to stretch the lead and, although Paul McShane went over, the hosts remained in control.

Drinkwater, who also kicked six goals, saved his best score to complete his treble, intercepting and running 70 yards before Tierney wrapped things up by going over in the corner.