NBA free agency rumors: Warriors will explore chances with DeAndre Jordan, who would need to take a serious pay cut 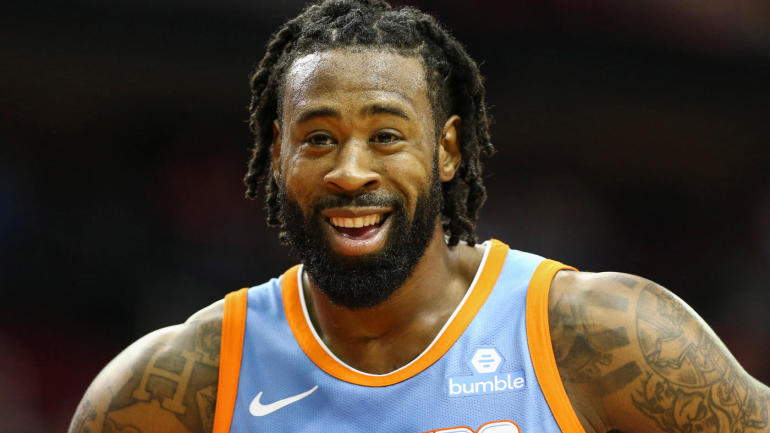 Jordan would have to take an astronomical pay cut to sign with Golden State, since their money is tied up largely in Stephen Curry, Klay Thompson, Draymond Green and the forthcoming new contract for Kevin Durant, but Stein says the Warriors are holding onto the slimmest bit of hope that Jordan will be willing to take significantly less money to play for the champions.

As loaded as the Warriors lineup is, there’s been a revolving door at center for the past two seasons after the departure of Andrew Bogut. With Zaza Pachulia, JaVale McGee and David West all free agents, Golden State has a gap to fill. Rebounding has long been one of the few weak spots for the Warriors, and Jordan would go a long way toward remedying that ailment (back before the Warriors were THE WARRIORS, Jordan signed an offer sheet with Golden State in 2011, which the Clippers matched).

On the surface this seems pretty unlikely. Jordan just turned down $24.1 million, and, according to Stein, would have to take a salary with the Warriors starting at $5.3 million. Players repeatedly talk about how much they want to win titles, but that’s a little extreme. Jordan is 30 years old with declining athleticism in an NBA where centers are already devalued. It’s extremely hard to believe that he would be willing to fork over years and money, even if he is joining one of the best teams in NBA history.

That being said, we simply cannot count anything out in this league. Stein says the Warriors understand they have a very small chance, but if we’ve learned one thing about the NBA over the past few years, it’s this: Shoot your shot … you never know what’s going to happen.