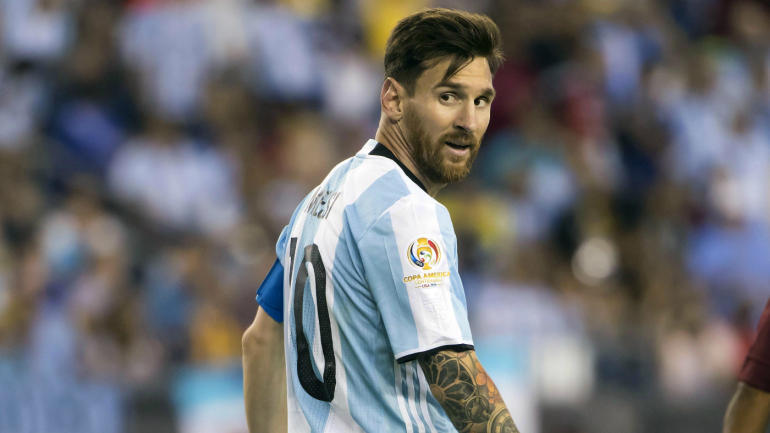 Saturday’s star-studded 2018 World Cup showdown between Argentina and France is must-see material. Lionel Messi, Paul Pogba and Antoine Griezmann are just a few of the top-tier players who will be showcasing their talent on the world’s biggest stage on Saturday at 10 a.m. ET. France enters this marquee matchup at +135 on the money line, meaning you’d need to bet $100 on a French victory to win $135. Argentina is +240 (wager $100 to win $240), while a draw in regulation is +200. The over-under on total goals scored in this 2018 World Cup fixture is 2.

Before you lock in your 2018 World Cup picks, you need to see what European football expert David Sumpter has to say. Sumpter is an applied mathematician who wrote “Soccermatics,” a book that explains how math works inside the sport. Along with other experienced analysts, Sumpter developed the powerful Soccerbot model.

The Soccerbot reads current odds and all team performance data, calculates key metrics and predicts upcoming matches. In nearly three seasons since its inception, the Soccerbot is up an incredible 1,800 percent on bookmakers’ closing odds.

The Soccerbot has already nailed draws for Argentina-Iceland (+385) and Brazil-Switzerland (+360). It also correctly predicted Iran upsetting Morocco at +275, just to name a few of its big calls. Anyone who has followed it is way up.

Now, the Soccerbot has digested the film, crunched the numbers and broken down every single player on France and Argentina. The model has released a very strong money-line pick, which it’s sharing only over at SportsLine.

The model knows France will be facing Argentina for the first time ever in the knockout stage of a World Cup. This is the first fixture at the 2018 World Cup that pairs two previous World Cup champions against each other.

France enters this match still looking to find its best form. Les Blues topped Group C, but failed to impress while doing so. However, France’s defense has stifled its opponents thus far in Russia 2018. France has only conceded five shots on target in its three group games, with the only goal allowed being a penalty in France’s 2-1 victory over Australia.

The model also knows Argentina didn’t qualify for the Round of 16 until the final minutes of its third game. After a shocking draw with Iceland and a 3-0 blowout loss to Croatia, the team edged Nigeria, 2-1, to advance to the Russia 2018 knockout stage.

This World Cup notwithstanding, France has lost just once in its last 15 matches. Argentina, meanwhile, is in a long slump, having won just four of 14.

However, the Albiceleste have Messi, the top scorer in team history and one of the most successful players in the history of the game. And they won’t have to face Germany, which has knocked them out of the last three World Cups.

So which hungry nation wins Saturday? Visit SportsLine now to see the strong France-Argentina money-line pick, all from a European football expert whose powerful model is up 1,800 percent in less than three years.