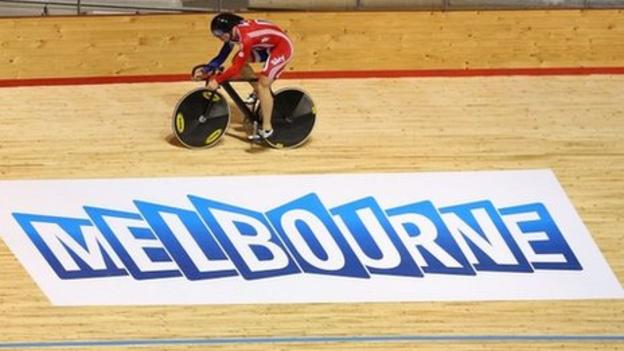 The face of British Olympic success barely remembers living through the moments etched in the rest of our minds.

“At the time you’re in shock,” recalls Sir Chris Hoy, who became the first Briton to win three gold medals at the same Olympics in a century when he completed his track cycling treble at Beijing 2008.

“The experience of Beijing was one of these things you look back on almost like a dream.

“I’ve watched the video so many times now that my memories are often of the video, and not of the experience itself. When you’ve run the race and you’re riding round, it’s hard to take it all in.”

And Hoy gave himself several chances, winning first the team sprint, then the keirin, then the individual sprint as Great Britain took over the Laoshan Velodrome.

“The thing I enjoy the most, looking back,” he says, “is watching the reaction of the coaching staff and my family in the crowd. People enjoying your victory as much as you are. That’s my favourite memory.

“The difficult thing was putting that to bed and moving on to London, thinking about the next target and not dwelling too much on the past.”

Leaving Beijing behind is made all the harder by the status Hoy’s achievements there afforded the Scot, now 36. Already a silver medallist at Sydney 2000 and gold medallist from Athens 2004, Hoy left China as the embodiment of Britain’s finest Olympics in living memory and was knighted soon after.

If he achieves his ambition to carry on cycling until the 2014 Commonwealth Games, he will accomplish the rare feat of competing in an arena named after him, the Sir Chris Hoy Velodrome in Glasgow.

Yet for all that – the public adulation, the responsibility as that sporting figurehead, the lucrative consequences of those gold medals – Hoy has spent much of the past four years as far from the spotlight as can be imagined. For months at a time he has laid low.

Be in no doubt that Hoy has collected on some of those opportunities (you may recall the cereal adverts) and need no longer worry about money but, in the current climate of scrutiny surrounding the time athletes devote to media and marketing, his discipline and focus stand out.

“I’d already decided I’d do my very best to continue on to 2012, regardless of how it went in Beijing,” he recalls. “And then more so after Beijing, having won the three golds, there was never any doubt I was going to keep going.

“I had a couple of months off the bike and away from competition [after Beijing] and that was very exciting, I was doing fun stuff. But the more time I spent away from the bike, the more I wanted to get back to it and the more I missed being part of the team.

“As soon as I got back on the bike again, I knew. No question.”

Things have not been easy in the intervening four years. Not that those gold medals have clanged about his ample neck as an albatross, more that it is a long time to expect anyone to remain at the very top of their game.

Hoy won at least one gold medal at every World Championships between 2004 and 2008, but has only one to his name since, from the keirin in 2010.

Moreover, changes to the Olympic rules mean Britain can make only one entry to each London 2012 event, as opposed to two in Beijing. Now, even the battle for selection is harder, with Jason Kenny up against Hoy for the men’s sprint place at the Games.

However, 2012 has seen Hoy reach back and find the sort of afterburner all Olympic greats possess. He insists the battle with Kenny is nowhere near over; others think Kenny needs an extraordinary result at this week’s World Championships in Melbourne to overhaul Hoy, and then a miracle on top of that.

In Wednesday’s team sprint at the Worlds, GB were disqualified – a frustration for Hoy but debutant Philip Hindes posted a time in the troublesome ‘man one’ slot quick enough to suggest Britain can contend again in this event after several indifferent years.

At the Track World Cup in London two months ago, also the test event for this summer’s Olympic Velodrome, Hoy and the British crowd had a deafening chemistry, more so than any British team-mate in a squad packed with gold-medal potential. He won the keirin gold medal with the fastest racing of his career to date: Sir Chris Hoy continues to improve.

“I would not be doing this if I didn’t have questions I still wanted to answer,” he says. “I’m not doing the same thing again, this is an entirely different challenge and I want to see if it’s possible: winning all three events, or however many I get selected for.

“You cannot quantify the pressure. Pressure is in your head, it’s how each individual perceives it. Pressure could be me sitting here, talking to you now, because there’s a camera and this is going on TV. Some people wouldn’t see that as pressure at all.

“Going to a home Games is an opportunity not many athletes ever get and if you don’t enjoy that experience at the time – because it will pass in the blink of an eye – you’ll regret it. The World Cup in London was amazing, we had that atmosphere and crowd there to support us, and we’ll have the same at the Olympics.

“The longer you go, the more philosophical you become. You look back on your career, you realise it’s coming to an end at some point, and you want to enjoy every last opportunity you have.” 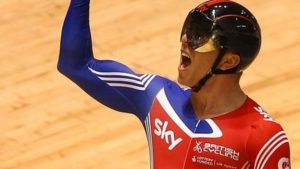 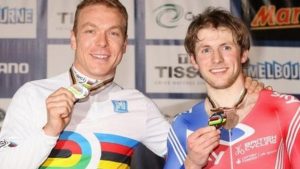