Home » Cricket » You are reading »

England 'must be proactive' in third Test 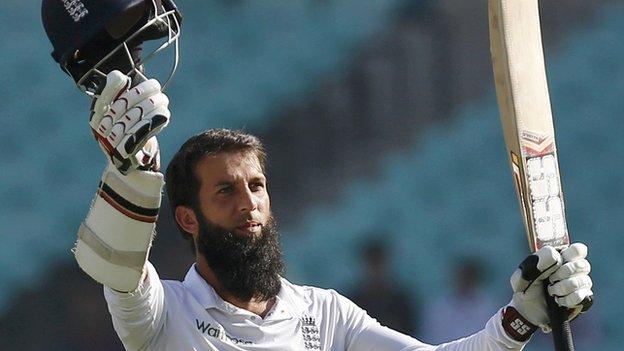 England will take a “proactive” approach when the third Test against India begins in Mohali on Saturday, says batting coach Mark Ramprakash.

England slipped to 80-5 while conceding a first-innings deficit of 200 in the second Test in Visakhapatnam, then lost their last eight wickets for 66 runs on the final day as India won by 246 runs.

“You want batsmen to play to their strengths,” said Ramprakash.

“Jonny Bairstow, Ben Stokes, Moeen Ali, they like to play their shots.”

England plan to bring big-hitting Lancashire wicketkeeper Jos Buttler back into the team as a specialist batsman for his first Test in 13 months.

He is set to replace Northamptonshire’s Ben Duckett, who has made only 18 runs in three innings.

“I think they will look forward to getting back to playing with more of a mindset of being proactive,” said Ramprakash before the resumption of the five-match Test series, which India lead 1-0.

“Ball would bowl an over, then Batty – we try to set fields, so have more of a match feel to practice. Within that 60-ball challenge is where Jos can try to put himself into the mindset of playing in a Test match.

“Is it ideal? No, not for me. I think his last 12 knocks in Test cricket, he’s got past 30 once. If Jos gets the nod, we need to be understanding of that.

“He has clearly so much ability – but through lack of opportunity, it’s been hard for him to develop. I hope people realise that and don’t set expectations too high.”

What made 'super man' Cook an icon – and is he irreplaceable?

'Nothing left in the tank' – Cook announces England retirement